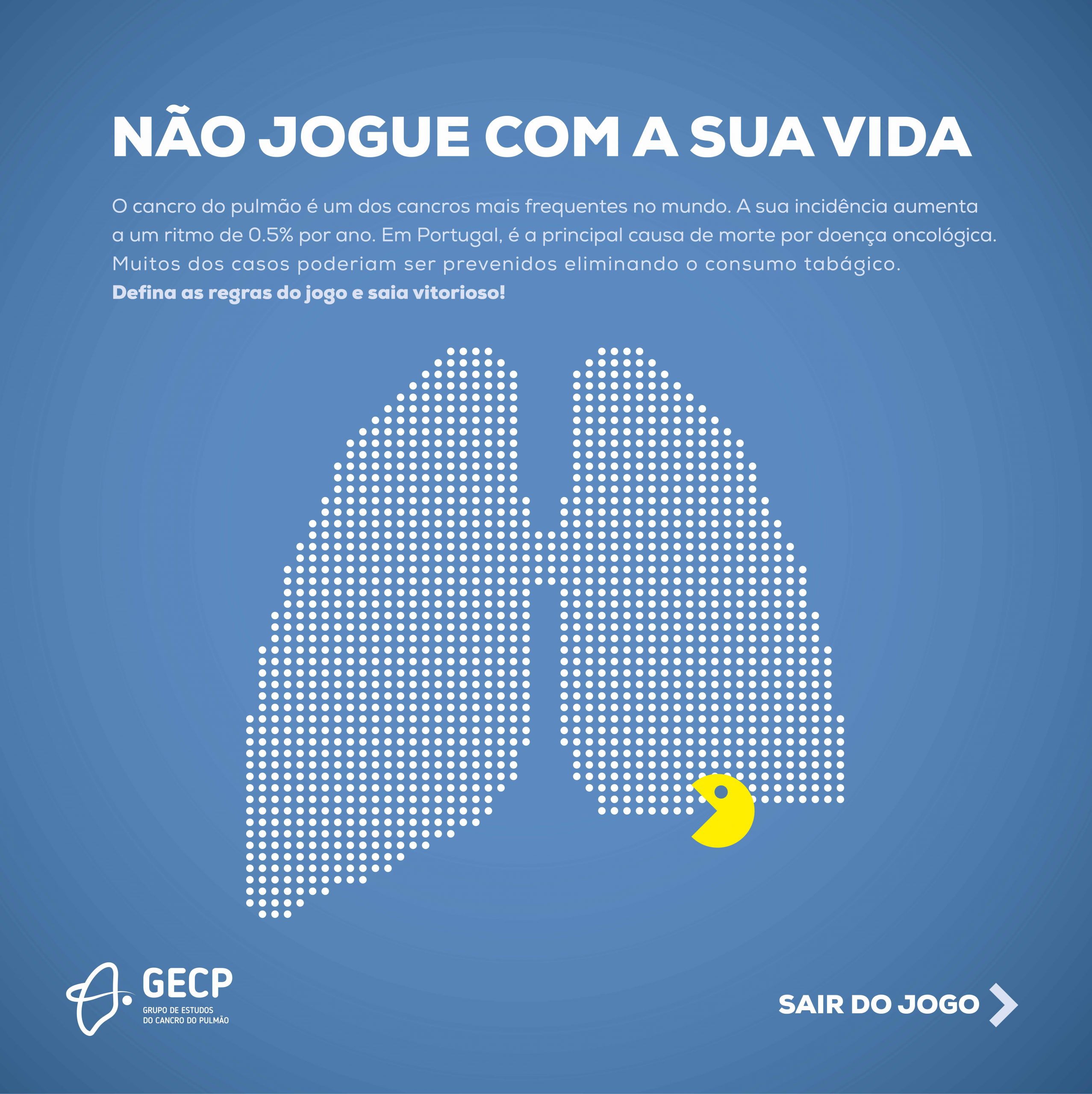 Don’t Play With Your Life: Lung Cancer Is Not a Game

“Don’t gamble with your life” is the alert from the Lung Cancer Study Group (GECP) on the occasion of the International Gamer Day, celebrated annually on August 29, with the aim of putting the topic of lung cancer on the agenda, with an emphasis on early diagnosis.

“We use this unusual date to raise public awareness of the impact and consequences of lung cancer”, says Dr. Daniel Coutinho, member of the GECP Scientific Committee. “It is important to note that the incidence of lung cancer increases at a rate of 0.5% per year worldwide and, in Portugal, it is the main cause of death from oncological disease”.

Smoking, lack of screening programs and late diagnosis, which compromises the effectiveness of treatments in advanced stages of the disease, are some of the reasons for the burden of lung cancer in Portugal and in the world. “The most effective way to prevent lung cancer is not to smoke and, if you are a smoker, stop smoking, as there is an intrinsic relationship between tobacco and the development of lung cancer”, says the pulmonologist. “In addition to smoking, environmental pollution and exposure to carcinogenic substances are other factors to take into account, without forgetting genetics”.

The Doctor. Daniel Coutinho reinforces that “lung cancer is not a game”, so we can all (and should) play an active role in prevention, monitoring and action, given the need for an early diagnosis of the disease. “Lung cancer can grow for a long time without any symptoms, which makes it difficult to diagnose in the early stages. This factor undoubtedly contributes to the weight of this pathology in the panorama of oncological diseases”.

Thus, “patients who are within risk groups should consult their doctor regularly to monitor their health”. Additionally, it is important to make society aware of the signs and symptoms suggestive of lung cancer. “There are several and many are common to benign diseases, which makes the diagnosis even more difficult. However, symptoms such as an irritating, persistent cough or bloody cough; chest, shoulder and arm pain; breathing difficulty; wheezing or wheezing in the chest; difficulty swallowing; fatigue and loss of appetite/weight loss; hoarseness/voice alteration; or bone pain, should prompt immediate medical assistance.”

The GECP representative leaves a final message on this date: “Don’t forget, a timely diagnosis increases the likelihood of successful treatment. Don’t risk it, don’t gamble with your life.”

About lung cancer:
Lung cancer is one of the most common cancers in the world. Its incidence
increases at a rate of 0.5% per year.

In Portugal, around 5,000 new cases of lung cancer were diagnosed in 2020, representing the third most frequent neoplasm. It is, however, the leading cause of death from cancer in the country, estimated to have caused 4,671 deaths in 2018.

About GECP:
The Lung Cancer Study Group emerged in 2000 as a result of a broad need to join efforts in promoting knowledge in Pulmonary Oncology. It brings together a multidisciplinary group of health professionals, maintaining close links with other scientific groups and societies, universities and civil society organizations.