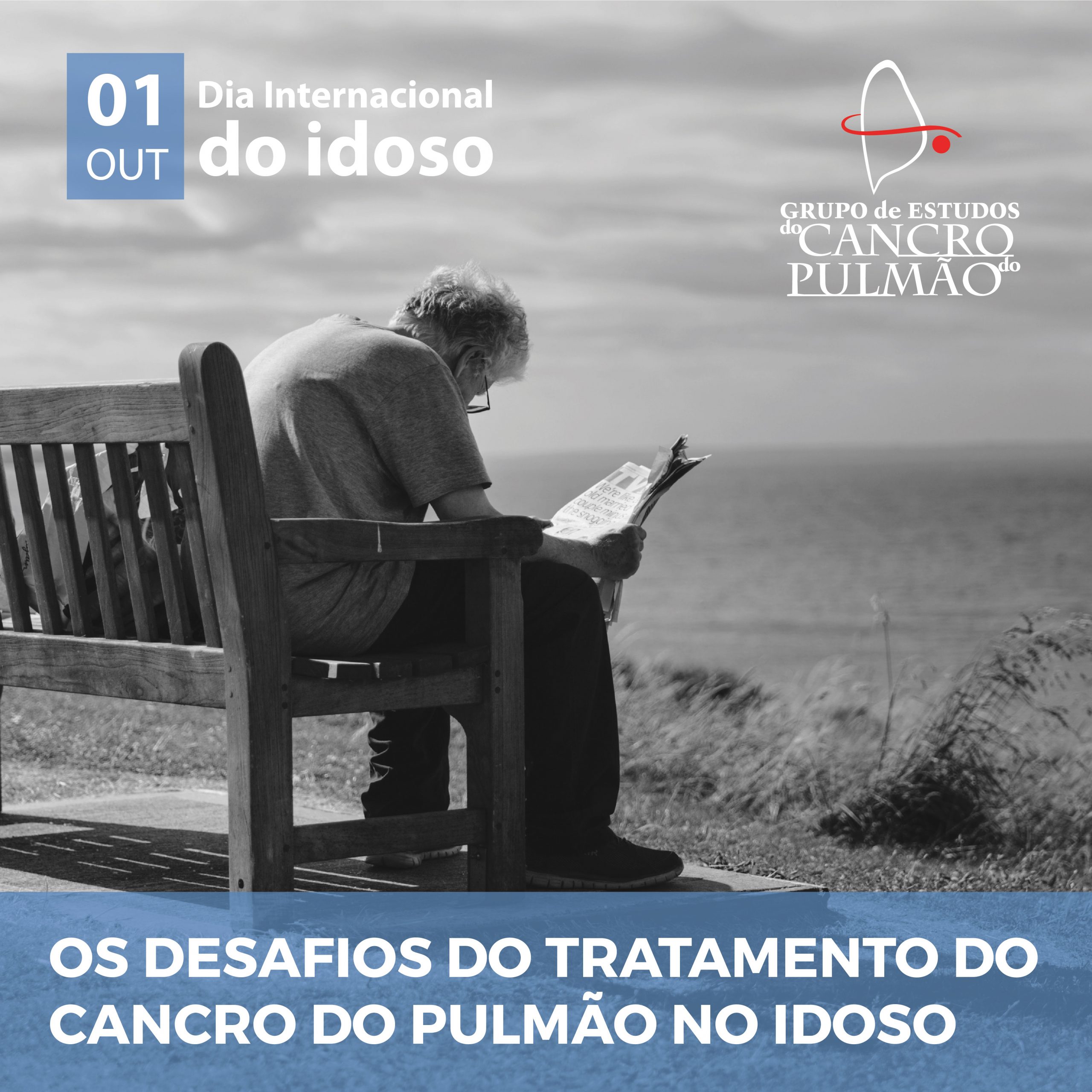 On the International Day for the Elderly, GECP addresses the challenges in the treatment of lung cancer in geriatric age

The International Day of the Elderly is celebrated annually on the 1st of October. The western population is gradually aging. It is estimated that in 2050 28% of the European population is over 65, posing multiple economic, social and also medical challenges. The progressive aging of the population requires the adaptation of strategies for diagnosis and treatment of different oncological diseases in old age, including lung cancer (LC). To mark this date, GECP addresses the challenges in the treatment of lung cancer in the elderly, with the launch of a new tab dedicated to the theme on our website.

Lung cancer in the elderly

About 50% of diagnoses of Non-Small Cell Lung Cancer (NSCLC) are made in individuals over 70 years old, and around 15% over 80 years old.

One of the greatest difficulties in approaching this population is related to its heterogeneity, since the chronological age does not reflect the extension of the aging process. Thus, functional age must be taken into account when deciding to investigate and treat the elderly with lung cancer.
However, it is known that aging inevitably leads to a progressive loss of functional reserve of the different organ systems (cardiovascular, renal, hepatic, bone marrow), which when subjected to the stress of treatments aimed at lung cancer are more vulnerable to severe dysfunction and eventual death.

On the other hand, this population of patients usually has chronic diseases and is polymedicated, often requiring dose adjustment and greater attention to possible drug interactions.
All the points mentioned above are challenges in the treatment of PC in the elderly.

Surgery is the gold-standard therapeutic modality for stages I-II of CPNPC. A recent retrospective study that included 1,359 patients from the National Cancer Database with stage I / II N0 CPNPC compared patients treated with surgery vs Stereotactic Radiotherapy (SBRT). It demonstrated that patients submitted to surgery had a higher median survival (74 vs 47 months, p <0.01) when compared with the SBRT group. This survival benefit was maintained in the multivariate analysis.
However, it must be considered that, in general, the elderly tends to have more comorbidities and a more fragile general status when compared to younger individuals, putting them at risk of intra and postoperative complications, or even contra-indicating surgery. SBRT can be a good therapeutic alternative given the low toxicity and local recurrence rate.

Locally advanced tumors are the ones that usually pose greater therapeutic challenges, and it is often necessary to use multimodal therapies, which may include different combinations of chemotherapy (CT), radiotherapy (RT) and, in selected cases, surgery. The standard treatment, however, is chemoradiation (CRT), preferably concomitantly for patients who are in good shape, since it is associated to better survival outcomes than the sequential strategy. However, although older patients undergoing CRT have a survival benefit overlapping the younger ones, they have higher rates of toxicity and complications (namely esophagitis, nephrotoxicity, grade IV pneumonia and hematological toxicity). For this reason, sequential CRT is often a therapeutic option in this age group. The chemotherapy regimen used can also be adapted to minimize toxicity, giving preference to including carboplatin over cisplatin.

Taking into account the immunohistochemical and molecular profile of the tumor, it is preferable to offer first-line treatments with targeted therapies (in the presence of activating mutations) or immunotherapy (if PD-L1 ≥50%), since these seem to confer the same outcomes as in younger populations. Although age per se is not a contraindication to CT, a careful risk-benefit assessment should be made, considering the scheme that best suits the patient. In this sense, when considering the administration of a platinum doublet in the patient with ECOG 0-1, it is preferable to include carboplatin (in detriment of cisplatin), for better tolerability. In more fragile patients, monotherapy regimens such as oral vinorelbine, gemcitabine or docetaxel should be considered. Metronomic therapy (continuous administration or at low doses of CT, without long intervals between administrations) is an option to consider in the elderly, taking into account the favorable toxicity profile and acceptable efficacy.

In order to respond to the difficult decision-making of the therapeutic schemes in this group of patients, several tools have been developed, some available online, which can assist us in choosing the best therapeutic option, such as the Comprehensive Geriatric Assessment (CGA), Chemotherapy Risk Assessment Scale for High-Age Patients (CRASH) and Cancer and Age Research Group (CARG) Toxicity Tool.

Regardless of the stage and the therapy considered, one should never forget the holistic approach of palliative care, focusing on the physical, psychological and social dimensions of the patient and not just on the disease. In many situations best supporttive care may be the best therapeutic approach, especially in fragile patient and/or with multiple comorbidities.