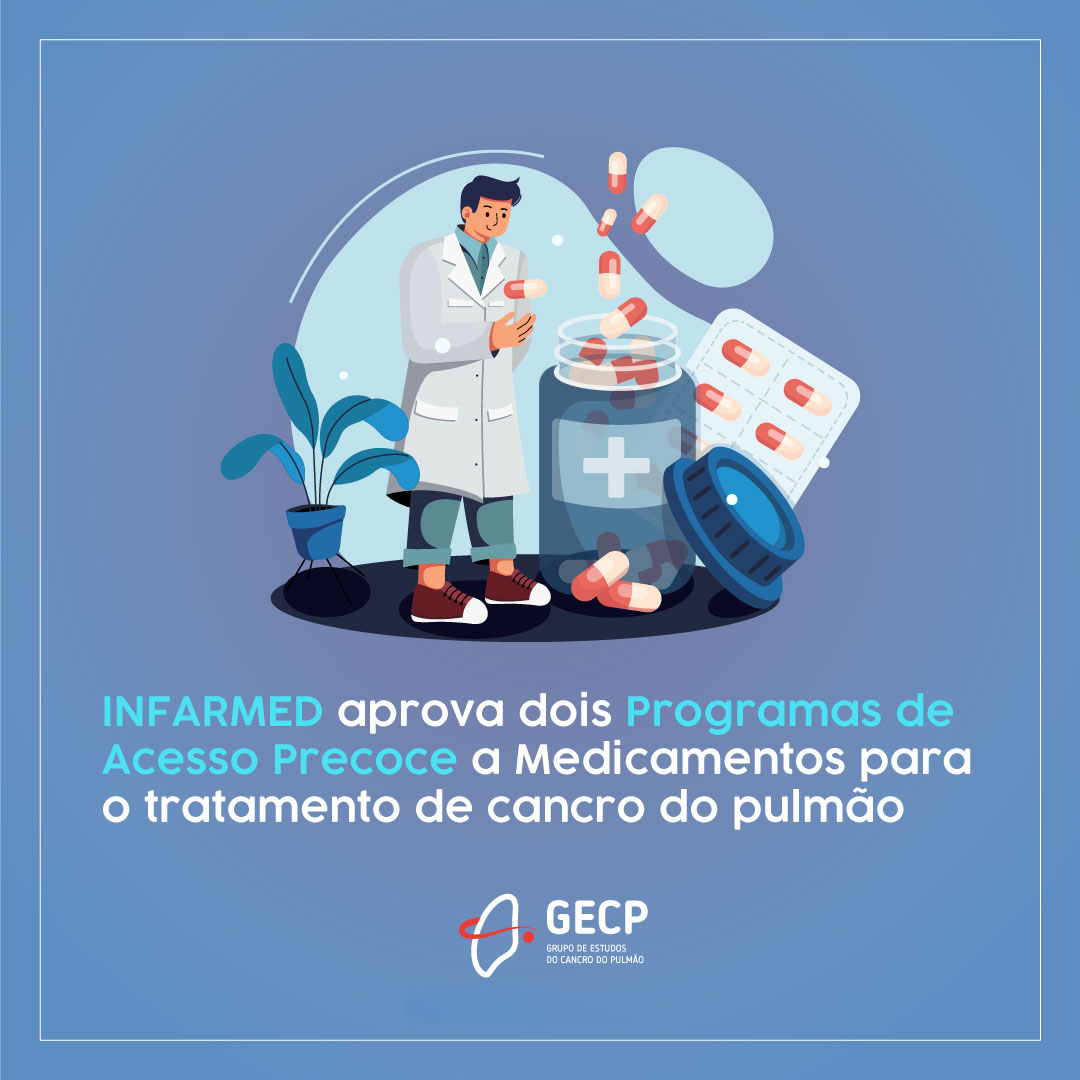 Recently, INFARMED opened two new Early Access to Medicines Programs (PAP) for the treatment of lung cancer, which allow access to innovative therapies in two subtypes: the insertion of exon 20 of the EGFR and the skipping of exon 14 of the MET.

What is a PAP?
Infarmed approved, in 2014, through Deliberation 139/CD/2014, of 6 November, the Regulation that defines the terms and procedures for PAP authorization. In this document, it can be read that a PAP “intends to use medicines without marketing authorization (AIM) or which, having already had a MA, can be used in the treatment of certain conditions. pathologies, provided that the absence of an alternative is demonstrated, without prejudice to the obligation to present the respective request for authorization for exceptional use to be requested by the hospital institution of the National Health Service where the medicine is to be used.

Amivantamab is a bispecific, EGFR and MET-targeted IgG1 antibody with immune cell-mediated activity, and targets tumor cells with insertion mutations in EGFR Exon 20. Clinical efficacy and safety were evaluated using the CHRYSALIS clinical trial, a multicenter, open-label, multicohort study that enrolled patients with locally advanced or metastatic non-small cell lung cancer (NSCLC). . The primary efficacy endpoint was the investigator-assessed overall response rate, defined as confirmed complete response or partial response based on RECIST v1.1, which was the same at 40% with a median duration of response of 11.1 months. The main adverse events observed were skin rash, infusion-related reactions and paronychia.

PAP amivantamab was approved by Infarmed for the treatment of adult patients with advanced NSCLC, with insertion mutations in Exon 20 of the EGFR receptor, after failure of platinum-based therapy, docetaxel and immunotherapy.

As for tepotinib, it is a MET inhibitor, given orally once daily, which inhibits signaling mediated by the oncogenic MET receptor, caused by changes in the MET gene. The European Commission approved the use of this drug based on the results obtained in VISION, a multicentre, open-label, multicohort, single-arm, non-randomised, phase II study, which showed that the tepotinib was associated with a partial response in approximately half of the patients included, with peripheral edema being the major adverse event of grade 3 or greater.

The full list of drugs approved or not for PAP can be found here!