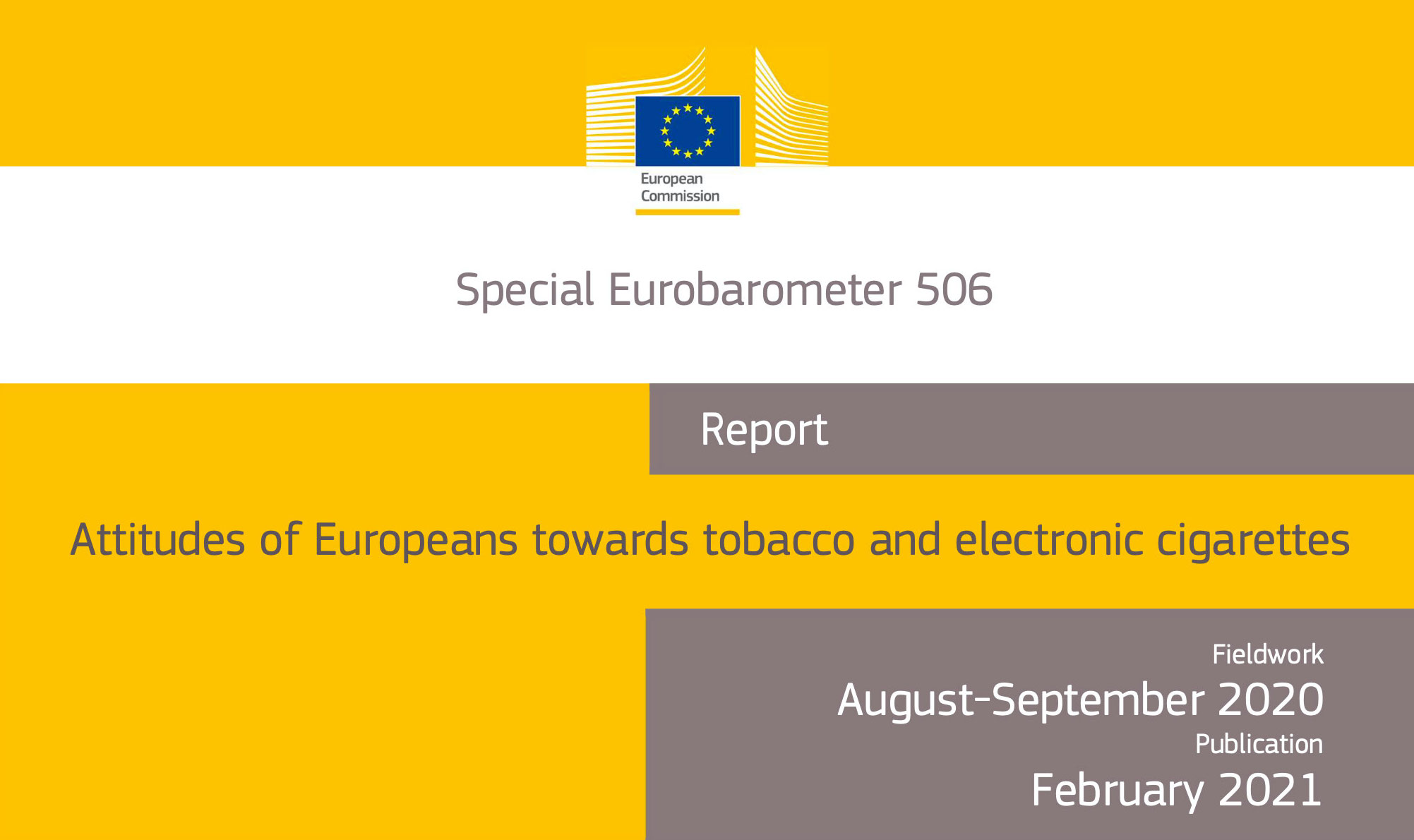 Attitudes of Europeans towards tobacco and electronic cigarettes

On February 3, the European Commission launched the results of a survey which monitors Europeans’ attitudes towards tobacco, electronic cigarettes (e-cigarettes) and heated tobacco. This survey is the most recent in a series that has been carried out since 2003, with the last survey in 2017. The general objective is to assess the prevalence of the use of these products, explore what motivates this habit, and identify measures to reduce the number of smokers in the European Union (EU).

In regard to consumption of traditional tobacco products (cigarretes, cigars, cigarrilos and pipe) across the EU and the United Kingdom, less than a quarter (23%) of the respondents are smokers, a slight decrease compared to the previous survey in 2017, thus continuing the downward trend for several years. Nevertheless, significant geographic and socio-demographic differences still persist. Respondents in Southern and Eastern European countries are more likely to be smokers, as are men, those in the central age cohorts (25-54), the unemployed and manual workers, and those who have financial difficulties. The proportion of young smokers has substantially declined since 2017. Similarly to 2017, the majority still use these products daily, the average starting age still below 18 years old and the average number of cigarettes smoked per day still at around 14. Boxed cigarettes remain the most popular choice among smokers.

One in seven use e-cigarettes, a proportion that has remained stable since 2017, and around one in sixteen use heated tobacco products. The main reasons to use these products were stopping/reducing tobacco consumption, and the belief that they are less harmful than tobacco. Three in ten say these products helped them to stop smoking tobacco completely, and more than a quarter say they reduced consumption. Against this backdrop, large majorities are ‘dual users’, i.e. their use of these products comes on top of their traditional tobacco product consumption.

Close to two thirds of respondents think both vaping and heated tobacco products are harmful to the health of those who use them, which represents an increase by ten percentage points since 2017 in the case of e-cigarettes. In line with this finding, around seven in ten of those who don’t use these products are in favour of regulating them as strictly as cigarettes. Moreover, the majority are in favour of control policies, like keeping them out of sight in shops, ban their use in environments where smoking is prohibited or ban of flavors to make them more appealing.

According to this survey, in Portugal the consumption of traditional tobacco products is slightly below the European average (21% vs 23%). The consumption of electronic cigarettes is not very prevalent in our country, with less than 7% of respondents reporting their use. The heated tobacco, on the other hand, seems to be more attractive among Portuguese, especially among those who are already tobacco smokers.

Overall, the findings of this survey highlight that smoking prevalence continues its downward trend, particularly among young people, albeit in presence of persistently high levels in certain geographical areas and socio-demographic groups. However, the trend becomes more complex if one considers use of e-cigarettes and heated tobacco products, more prevalent among young people. Although some users seem to have replaced traditional tobacco products by e cigarettes or heated tobacco, large majorities still use these products on top of their consumption of traditional tobacco products. Lastly, there is a widespread perception among the public of their harmful health consequences, as well as endorsement for introduction of stricter regulations and control policies. 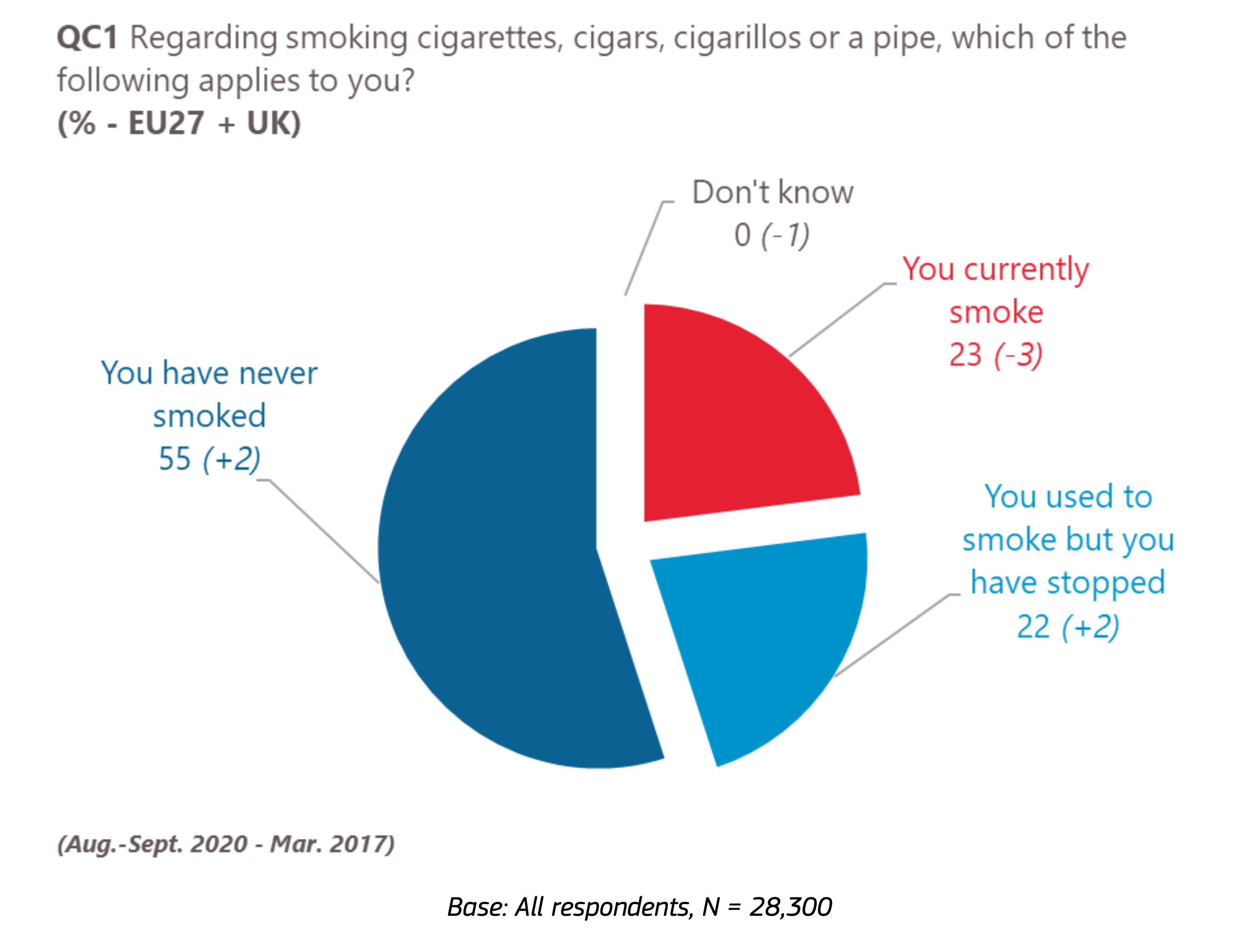 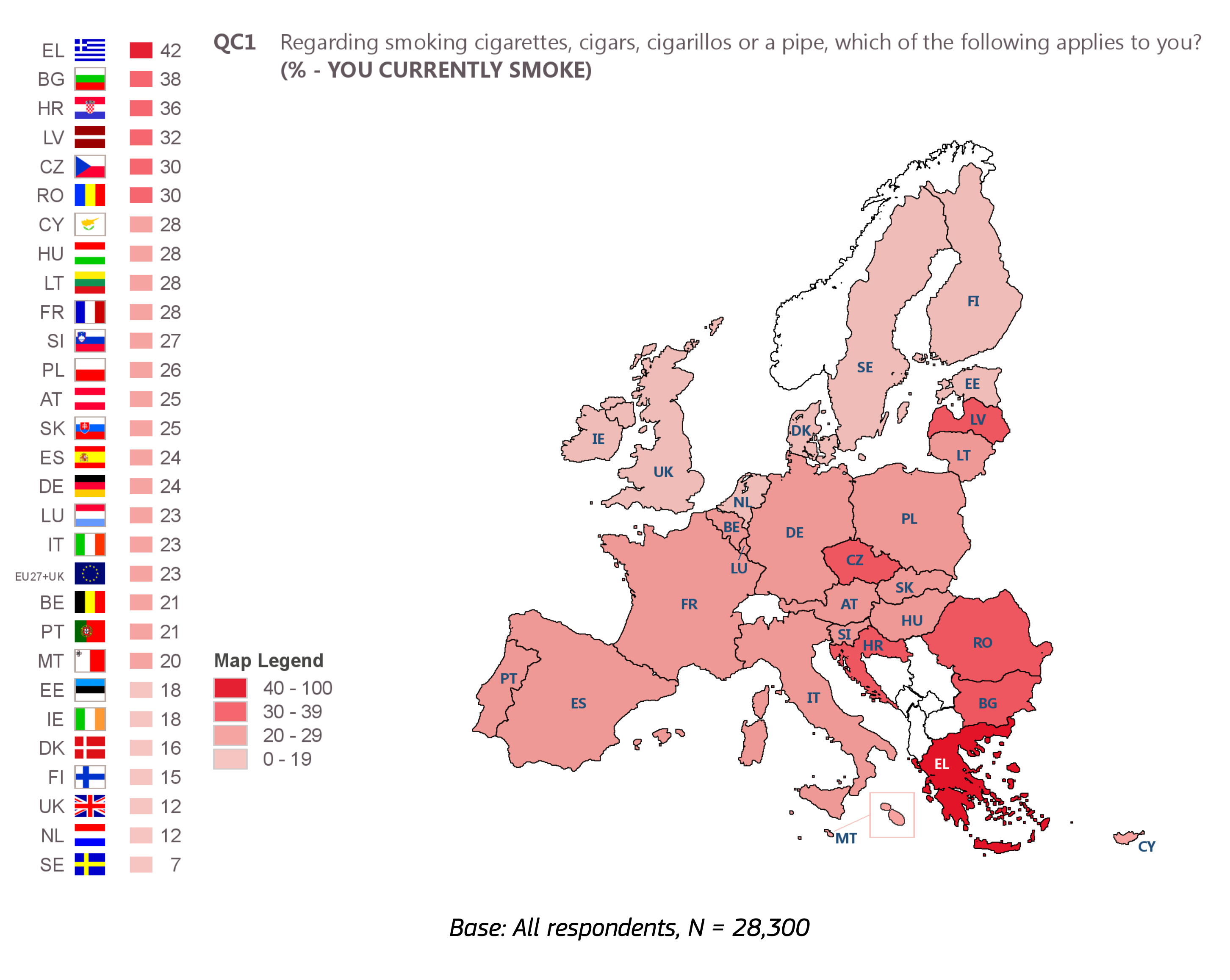